There is nothing to do in “Cinderella” by writer-director Kay Cannon. A storybook frame appears immediately, with bright, vivid colors and actors in the background singing “Rhythm Nation” by Janet Jackson. It’s not, the movie says right away, your mom’s fairy tale, which turns out to be both good and bad.

Singer Camila Cabello makes her film debut as Cinderella, and the story does not start any differently from previous versions: after the death of her father, Cinderella lives with her stepmother (Idina Menzel) and her two half-lives. sisters. Her in-laws are now the only family she has, and to prevent her mother-in-law from throwing her out onto the streets, Ella makes herself indispensable by living in the basement and acting as their maid. Her only friends are the three mice with whom she shares the dream of becoming a businesswoman who designs and sells her own fashion line. Women, it seems, have no place in this world apart from becoming someone’s wife.

She designs a dress with her mother’s brooch (the only asset she owns) and tries to sell it in the market, but people laugh at her and balk at her commercial attempts. A woman trying to sell things? Never seen! Ella doesn’t give up and ends up selling the dress to Prince Robert in disguise (Nicholas Galitzine, “The Craft: Legacy”), who invites her to the ball later that night. After a terrible argument, his mother-in-law spoils her chance to attend the royal gala.

Overwhelmed with grief, Cinderella is deprived, but soon the magical fairy godmother Fab G (Billy Porter) comes to her aid. Fab G uses his magic to give Cinderella a night of opportunity and dreams. But she has to remember that everything comes to an end, and that includes magic. With a race against time, will Cinderella have her mate? Or are there other things she wants more than to be anyone’s wife, even a prince?

Cannon takes the classic fable and reinvents it for a generation that grew up on a mixed diet of its “Pitch Perfect” storylines and Disney Channel’s “The Descendants” franchise. This is a film for teenage girls, giving them a message of girl-boss feminism, and he makes no apologies for it. Structurally, Cannon composes the movie almost like a carefully curated stream of similarly styled TikToks. Bouncing from musical number to musical number, each scene showcases incredible costume work but offers little substance or depth. 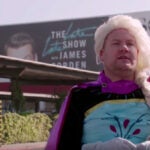 Teenage girls don’t need to have deep feminist messages in their heads. Their generation has lived online since birth and they are hyper-aware of the traumatic oppression of women in history. So they know, when Menzel performs “Material Girl” with his two daughters, that the song is a parody. And that when the underused Fab G shows up, it’s all about thugs and magic. But a little depth would make the girl power message less superficial.

The musical numbers, like the entire film, have an uneven tone. They vary from a weirdly out of place sound, like that opening track from “Rhythm Nation”, to quite fantastic, especially an ensemble mix of “Seven Nation Army” from the White Stripes and “What A Man (Shoop)” of Salt-N-Pepa “. Of course, vocal powers Porter and Menzel don’t disappoint, and their numbers rank among the most notable. 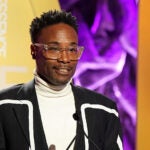 Cabello is a fantastic singer and has an almost Anna Kendrick-like quality in her line-up, but she doesn’t quite sell the performance. Her vocals are beautiful, but there is a lack of depth in the character. Yes, she’s a less traumatized Cinderella than usual – her mother-in-law is even kind to her sometimes – but you still have to understand that Ella has a tragic story that fuels her big dreams. And it would help to have that understanding, rather than missing the context as to why his only friends in the world are mice.

Kay Cannon’s filmography (which also includes “Let It Snow” and “Blockers”) remains a staple in my house; my teenage daughter has several Cannon movies among her favorites. But “Cinderella” has much less substance than its other characteristics, which ultimately makes it a unique and forgettable watch.

Ode to a Greek turn