The UAE audience will long remember this concert season for its rich experience.

The emirate of Sharjah, the home of culture, successfully concluded concert seasons titled #Lets Khorfakkan and #Lets Majaz, featuring some of the biggest icons and stars of Arab music and attracting over 22,000 music lovers from all over the country.

This is the second year in a row that Sharjah has hosted another successful season of concerts bringing popular stars and artists from the Arab world to the UAE and providing music lovers with an unforgettable experience of authentic Arabian musical traditions from the Gulf.

The Khorfakkan Amphitheater, the newest cultural and entertainment destination on Sharjah’s east coast, featured a stellar line-up of some of the greatest musical icons and artists, including Saudi legend Mohammed Abdu known as “Fanan Alarab” ( artist of the Arabs), Syria Assala Nasri, Abdulla Al Rowaished and Nawal El Kuwaitia of Kuwait, etc. 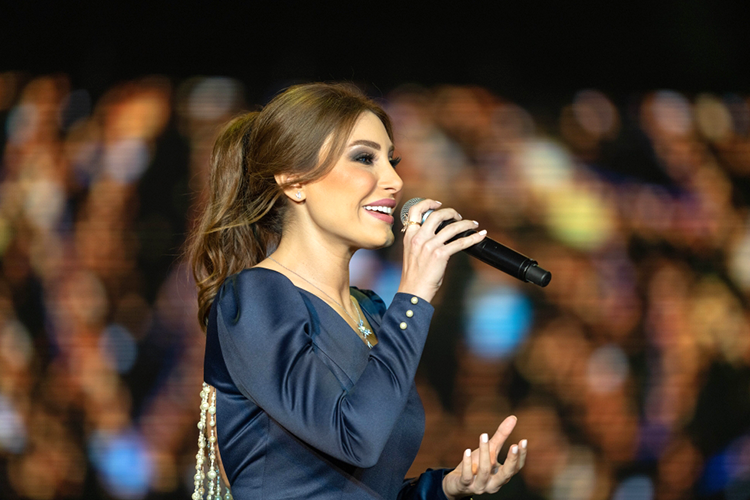 A singer performs during the music event in Sharjah.

The Khorfakkan amphitheater was also rocked by the unique voice of the Iraqi-Saudi singer Majed Al-Mohandes and the soft and melodious voice of the young Dalia Mubarak from Saudi Arabia.

The #Lets Majaz concert season at the iconic Al Majaz Amphitheater in Sharjah City, run by the Sharjah Government Media Office, has also proven to be one of the best nights spent in the UAE, attracting enormous interest and impressive participation from audiences around the world. the country.

The amphitheater located in the heart of the picturesque Khalid lagoon has hosted very popular young Arab singers like Wael Kfoury and Melhem Zain from Lebanon. The musical evening featuring the Lebanese duo turned out to be one of the best and most memorable in terms of stellar performance by the artists as well as audience participation.

The #Lets Majaz season also featured a dazzling performance by Lebanese artist Yara and Syrian Nassif Zaytoun who wowed UAE music lovers with their magical voice and music late into the night.

The Emirati audience will long remember this concert season for its rich experience and the most beautiful moments, not to mention the luxury and warmth of the two privileged venues and the warm welcome they received during the dazzling evenings.

In the city of Sharjah, the Al Majaz Amphitheater hosted renowned Emirati pianist and singer Hussain Al Jassmi on December 3, 2021 in what turned out to be a musical and cultural extravaganza. Jassmi was joined on stage by singers Faisal Al Jasim, Mohammed Al Menhali and Almas.

To celebrate Sharjah’s journey and extraordinary achievements over the past fifty years under the leadership of His Highness Dr. Sheikh Sultan Bin Mohammed Al Qasimi, Member of the Supreme Council and Ruler of Sharjah, Al Majaz Amphitheater hosted the epic , Sard Al Makan – Narratives of the Place, an immersive and experiential theatrical production on January 25, 2022.

The grand production transformed the amphitheater into a jaw-dropping spectacle of engaging visuals, poetry and drama to bring the history of the emirate to life, including its historical places, people and achievements through a blend of poetry and storytelling. Sard Al Makan – Narratives of the Place has brought together more than the best international artists, performers and playwrights to document Sharjah’s journey and offer a glimpse into its future.

The organizers stressed that the main objective of arts and cultural events and activities in Sharjah is to promote and cultivate artistic sensibilities and appreciation of the arts in the country.

Al Majaz Amphitheater and Khorfakkan Amphitheater have become two of the most popular cultural and entertainment destinations in the UAE, hosting world-class cultural events and concerts featuring internationally acclaimed artists and superstars from around the world Arab and all over the world.

A report released late last year said the UAE’s 50th National Day celebrations, organized by the Sharjah National Day Celebrations Committee, kicked off at the Khorfakkan Amphitheater in the coastal city. east of Sharjah, with the staging of a brilliant operetta, The Jubilee of Pride.