This review for “Neptune Frost” was first published on June 2, 2022, before it opened in New York.

Experience one of the most extraordinarily original cinematic experiences of the year: Pulsating with a revolutionary heart, “Neptune Frost”, from co-directors Saul Williams and Anisia Uzeyman (credited on screen as SWAN), accuses the advent of technological advances that thrive on ignoring the people whose suffering and displacement make these advances possible.

Grounded in ancestral wisdom while being innovative in its imagery, this Afrofuturist musical stands out from neocolonialism, which manifests itself in the exploitation of labor and the extraction of resources to supply the world with digital communication; miners of coltan, a metal used in the creation of modern technology, are consumables for the capitalist powers of the world.

In this temporally indefinite future, Burundi, an East African nation, exists under the rule of the Authority, a tyrannical government that suppresses student protests and manipulates the media to maintain control and continue to collaborate with the imperialist West. For practical and security reasons, the film was shot in the neighboring country of Rwanda, also Uzeyman’s homeland, with a combination of Burundian and Rwandan artists.

To physically express the fluidity of the genre, Neptune, the intersex protagonist of this propulsive tale, is first played by male actor Elvis Ngabo, and later, for most of the story, by Cheryl Isheja, a woman. The other part of this equation, Matalosa (Bertrand Ninteretse), is a miner whose brother died on the job. Both have decided to leave their respective villages and will be reunited by a dream in an interface from another world.

Economical with their use of visual effects, the filmmakers exploit a recognizable reality of lush landscapes embellished with futuristic flourishes from repurposed computer parts, which organically merge the tangible with the digital. Uzeyman served as the project’s cinematographer, capturing the moving sequences where a collection of multi-talented performers embody the spirit of rebellion through their determined chants.

Uzeyman collaborated with Cedric Mizero, a Rwandan artist, on the production design, while Mizero designed the stunning yet ergonomically elegant costumes worn by the heroes and the antagonists (the police). Remarkable props and face coverings also made from discontinued technologies, some more pronounced than others, decorate the on-screen bodies, many of whom possess a luminous, diamond-shaped portable device – a cell phone, evolved.

Eventually, following a series of encounters with other individuals that further contextualize the fate of the majority, Neptune crosses an unseen threshold to reach Matalusa (whose name is a pun on “martyr” and “loser”). He has joined a group of hackers and his former colleagues at the mine who are planning a revolt against the perpetuated injustice, but they need Neptune, who can manipulate the internet in their favor.

As we step through the firewall into an immaterial virtual realm, visualized as vibrant flashes of light taking over the screen’s building shapes and text, the measured ambition of the project takes on a more immersive aesthetic. At its core, “Neptune Frost” can be described as a love story, not in the traditional romantic sense, but rather as the union between the long-abused workforce coordinated with the powerful scope of the action in line.

Neptune represents a bridge that will take their real-world concerns, ignored for centuries, and put them in front of those who benefit from their pain without being subjected to any of the same excruciating side effects, preventing them from turning away. With necessary seriousness, the acting and voice renditions that populate “Neptune Frost” feel collaborative in that even Isheja, the lead, shines brighter when he’s in the group. 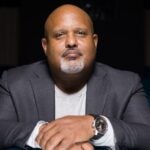 Loaded with references to issues affecting the developing world in general and the African continent in particular (migration, homophobia, war), the dialogue that the characters exchange throughout, written in poetic prose, broadens our understanding of the filmmakers’ explorations. Likewise, the lyrics and rhymes of the Furious Songs seamlessly transcend language – native languages ​​like Kirundi and Kinyarwanda, as well as English and French.

Obviously, the vehicle through which most of these powerful lines are transmitted is music: the only abundant, co-designed and renewable resource. Industrial sounds, jazzy melodies and percussions make up the saturated instrumental pieces that underline the action or accompany the verses. Given his rich career as a musician, Williams excels in this area. That each of the two co-authors can display their most developed talents so brilliantly testifies to the strength of their artistic fusion.

Scene after scene, the global implications of the film’s searing claims pile up like an avalanche of inconvenient truths vividly portrayed. Williams and Uzeyman’s vigorous vision joins other recent titles from African countries that marry genres, mixing elements of various mythologies to tackle current events in an imaginative way: “The Burial of Kojo” (Ghana), “Night of the Kings” (Ivory Coast), “Atlantic” (Senegal), “This is not a funeral, it is a resurrection” (Lesotho).

For all the film’s ideological richness, what “Neptune Frost” is about is far from impenetrably abstract. The directors not only hijack film, a medium historically dominated by white storytellers, to make a statement, but they also reposition its lens to center a new crop of artistic voices in a riveting war cry of a film unfolding to the beat inextinguishable from the drums. .